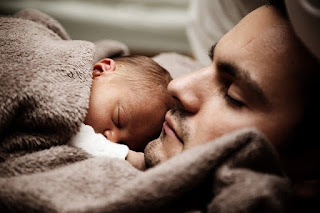 A collection of Islamic names for baby girls and boys and their meanings - After we get married, many of the young couples want to yearn for their baby to be able to complement their married life. There is a lot of hope for parents for the child. This can be seen from the importance of giving a name that contains a prayer. For that matter, the complete Islamic name for a girl or boy, along with its meaning, can be a research reference that parents may need.

The presence of the baby is the greatest gift from the almighty for parents. This is the reason for parents not wanting to miss their best opportunity in giving names. Many parents hope that the name they give can guide their children according to his name. What do you think is a good name you can give your child?

In giving names to children, consideration is needed to be able to choose the right and correct name for the child. Although there are many very popular, modern and miscellaneous names. Finding out the meaning and meaning will be better. Here the parents will know what kind of name is best and best for their child. The following is an Islamic name for a baby boy or girl.

Complete Islamic names for girls and boys and their meanings

A. Islamic baby names for boys

Aulian in Arabic means a friend, leader, or could be an angel. The recommendation of this name is taken from the Koran which has a very good meaning. Here are some examples of references to a series of names and meanings of the name Aulian as follows:

aulian awab Irawan has the meaning, a leader who is always obedient to God, as well as the existence of virtue and fame.aulian basira ghayda has a meaning, namely a male leader with a handsome face and who can use his intelligence very wisely.

The second name is Atha. This name is taken from the Koran which has a very good meaning and meaning. To mean in itself is gift and kindness. In general, this name can be placed at the beginning of the name of the baby. Examples of several series of Atha names are as follows.

a boy who has a handsome face and is guarded by God.

Adiba is the first name recommendation for a baby girl with such a beautiful meaning. The meaning itself is civilized and knowledgeable in Arabic. As an example of the following series of names.

Adiba afsheen myesha, which means a smart girl, and a life that always shines like the stars in the sky.

The second next name is alesha which means always protected by Allah or can be said to be always lucky. Suitable for placing on a middle, first, or last name. Here is an example of the name Alisha.

Alesha Zahra which means like a rose which always benefits Allah.

The following is my article this time about a collection of Islamic names for women or men. Hopefully by reading it, it can add to my friends' insights, more or less I'm sorry, thank you for reading.